A truly amazonian specimen of her kind; her body isn't so much sculpted as it is lean and wiry, muscles made for functionality instead of show, and she's quite a bit more stacked than her sisters, too. A pair of beefy D-cup tits are pushed up by a cuirass of banded mail that hugs her torso; armbands and golden anklets shield her limbs. Leather underclothing fills in the chinks in the protection while affording flexibility, smeared with streaks of green and blue dye. In one hand she wields her spear, while the other bears a round metal buckler. With so much bronze mail on, it's a wonder she can fly!

Most interesting of all is the feathered headdress that adorns the wingleader's brow — while the multihued feathers are far too large to have come from any common bird, you realize with a start that those aren't harpy feathers she's wearing.

The Harpy Wingleader is normally encountered, with her sisters, as the Harpy Ambush, when the Champion explores the Foothills. 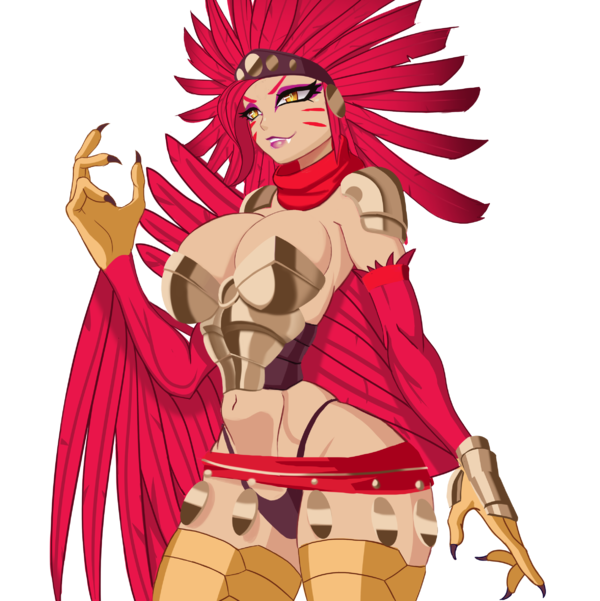 The Harpy Wingleader bust in all her glory by DCL
Retrieved from ‘https://wiki.smutosaur.us/CoC2/index.php?title=Zhara&oldid=5751’
Categories: