Tower of the Phoenix

From Corruption of Champions Wiki
Jump to: navigation, search 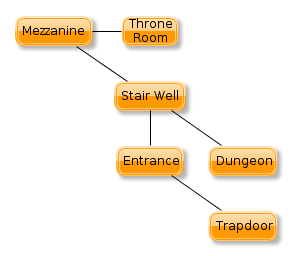 After becoming friends with Helia, a night-time event will proc once her affection reaches 70 that has her appear in the player's camp. She approaches the player and asks for help with a den of Harpies that have been breeding half-Salamander hybrids known as Phoenixes. Upon agreeing to help, Helia will temporarily join the player's camp as a Lover. Approaching her then will cause her to ask whether you're ready to tackle the Harpy den.

Helia will lead the player to the Harpies' den in the High Mountain, and tell the player that they will take a two-pronged approach to the area; Helia will climb to the top, while the player is tasked with going through the main entrance.

Upon entering, the player will be faced with a door to the north, a trap door that contains 5 God's Meads, and note a suit of armor that seems wearable. If the player chooses the armor, they will encounter a blue goo-girl named Ser Valeria, who will attack you. If the player defeats her, she will quickly apologize and offer to join you, becoming a wearable suit of armor and Follower.

If the player goes through the northern door, they will be attacked by a group of harpies. After the battle, a lone fiery-red Harpy named Kiri will reveal that she had spiked the Harpies' drinks, but the player arrived before they had an opportunity to consume them. Kiri informs the player that she is friends with Helia and that she was the one who told Helia of the dungeon and the Harpies. Afterward, the player can proposition her for sex, talk to her for information or traverse a set of stairs to the second floor or another set to the dungeon. If the player talks to Kiri about the Salamander prisoner, she will reveal that the prisoner is named Hakon and is in fact Helia's father. She will also reveal that the only way to free him is to get two keys, one for the shackles on Hakon's arms, and another for the shackles on his legs. The Harpy Queen possesses one key while Brigid, the Harpy Jailer, has the other.

If the player travels to the dungeon, they will be challenged by Brigid. Defeating her will grant the player access to the Salamander prisoner Hakon, and some equipment (a Succubi Whip, Bondage Straps, and a Lust Dagger). If the player speaks with Hakon at this point, he will be informed that the player is here to rescue him with Helia, upon which he will demand the player find her and escape.

If the player chooses to go upstairs from where they meet Kiri, they will reach the second floor and encounter a mob of Phoenixes. After fighting this mob, you can return to Kiri downstairs; however, after defeating the Harpy Queen, Kiri will be gone.

Defeating them will open a path to the third floor, where the player will meet up with Helia and encounter the Harpy Queen. The Harpy Queen is a sorceress on top of being a strong physical fighter. Defeat her, and Helia will pin her to the ground, whereupon the player will have the option to fuck her if sufficiently aroused, interrogate her, kill her, or let her go. The player can also speak with Helia and can tell her about Hakon if they have spoken to him earlier.

Interrogating the Queen will have her reveal that she created the Phoenix breed because of the looming threat of the demons, and will accuse the player of being a demon-lover for stopping her. The option of letting the Queen go free can proc different scenes depending on whether Helia knows if Hakon is her father. If she does not, she will begrudgingly let the Harpy Queen go free and ask the player to free Hakon from the dungeon. If Helia does know of Hakon's true identity, she will kill the Queen herself just before she can fly away. At this point, the player can either forgive her for her act of vengeance of berate her for it. Killing her or letting her go with Helia knowing about Hakon will allow the player to obtain the Queen's Eldritch Staff. Return to the dungeon and speak with Hakon again, and he will reunite with Helia and Kiri. The group will then leave the den. Letting the Harpy Queen successfully escape (i.e. without Helia's knowledge of her father's presence) does not provide any tangible item or perk rewards in game as of version 0.7a1. After defeating Harpy Queen, talking with Hakon twice without going to her will be counted as if she was killed.

Individually the opponents at the Tower of the Phoenix are among the strongest - possibly the strongest - in the game. The quest may be unlocked quite early but shouldn't be attempted until you have reached at least level 15 or so and have spent your perk points on perks relevant to your fighting style. It is also important your main fighting stats (strength for heavy fighters, speed for light/medium fighters, intelligence for spell fighters and toughness for everybody) is at or close to 100.

The main problem, however, is that unlike in the other quests you can't return to camp to recover and resupply between the fights. Once you're in the tower you're committed and you either win or meet a Bad End. You do have the opportunity to recover between fights but since you can neither get a proper rest nor resupply, you can only use the resources you've brought with you in your inventory and what you can find in the tower:

With five storage slots you can bring with you ten bottles of milk, ten horns of God's Mead (or fish fillets and/or peaches) and five wingsticks. All of these items are cheap (although some can be hard to find) and between them they are more than enough to meet any requirements during the quest, except for one: Do you actually have the strength and skills to fight level 20 opponents?