"You made all that noise, didn't you, outsider? Thanks to you, I can't think straight, and I have so much work to do! Plus, I was really looking forward to Mai's tea…"

Kazuo is a eight-tailed kitsune who serves as the Kurokawa kitsune den's resident artificer.

The quiet, rhythmic sound draws your attention, and you turn your gaze towards its source — a lone workbench against the far wall, lit by a pair of lanterns hanging from its headboard. Seated at it is a lone eight-tailed kitsune, hunched over the workbench's surface and tinkering away at something that's rather fine and intricate. The soft, flickering light from the lanterns doesn't extend very far past his bespectacled face, and his ears twitch every so often as he works, smoothing out the ball-socket joint laid out before him.

Your previous experience with Azami and her wardens has left you rather cautious, but —

That particular train of thought is interrupted when the kitsune speaks in that strange, lilting mother tongue the fox-people use, tapping an empty spot on the workbench beside him.

] You've absolutely no idea what he wants, if he wants anything, or even if he's noticed you in the first place. Those questions are answered when the kitsune reaches out a hand for the empty spot where he'd expected something to be placed, finds empty space, and after a little dancing around with his delicate fingers realises that there's nothing there to begin with and turns around to see you, a slight frown on his face.

"You're not Mai. Neither do you have my tea."

Kazuo used to be a mid-ranked engineer in the civil service back in the Old Country, perhaps a little eccentric but tolerated because of his skill at shaping, in addition to several related disciplines such as plumbing and waterworks, architecture, and basic materials science. His true inclination, though, lay in automation and puppetry, a discipline analogous in many ways to the Belharan Empire's art of golemancy. After an unfortunate accident at a work site required the amputation of his left arm just above the elbow, Kazuo had it replaced with a prosthetic he had fashioned himself a couple of months prior.

This, of course, was not the end of it. The structural collapse was too localised, the injury too clean, his invention too timely. Rumours began to abound that he had engineered the accident himself to give him an excuse to amputate his arm and prove the efficacy of his invention by putting it through practical testing. While nothing could be proved, matters got to the point where he was exceedingly politely asked to head to the colonies and lend his assistance to the governor in assaying the quality of materials being shipped back through the torii gates.

This situation suited Kazuo just fine; he was more than happy to move to a place where he would not be disturbed, did not have to care about the sensibilities of polite society, and had plenty of new and exciting materials with which to build his beloved puppets from. As the last several years have borne out, Komari is a much better boss than the one he had in his old position, and the den has reaped the benefits of his broad expertise even if it has come with the cost of his unpredictable and eccentric -- and some might say unhinged -- nature. A single prototype of his next-generation puppets may be observed in Kohaku's storehouse, where it is made to do heavy lifting.

At 5'4", Kazuo is a little short even for a kitsune male; poking fun at his height in any manner is a surefire way to rile up the otherwise genial kitsune in short order.

Kazuo is the second boss of the kitsune den; immediately after leaving Azami's tile, the player is brought to the artificer's workshop via the maze-like path of hallways that lead further into the depths of the tree. While Kazuo is absorbed in his work, thinking the champion's arrival Mai come to bring him tea, he soon realises that an outsider has found their way into the kitsune den.

Even so, he is suspicious but not immediately hostile -- up until the point either Arona, if she is present in the champion's party, or the champion themselves inadvertently remark on his height. This instantly triggers the artificer's Napoleon complex and sends him into a furious rage, especially against the natives of the Marches who tend to be taller than kitsune on average. Even as the puppets that line the walls whir to life, Kazuo materialises a battlesuit about himself and prepares to teach these damned tall folk a lesson about politeness.

[Redacted until later because I'm cruel that way]

Losing to Artificer Kazuo without having the Amulet of Union on the champion's person will result in a bad end. 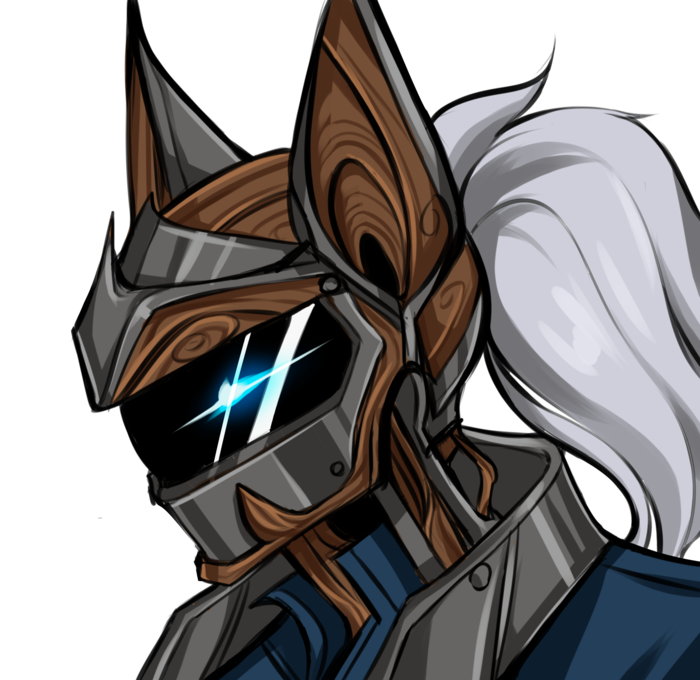 Get in the fucking puppet, Shinji.